“What a delectable fragrance you’re wearing….”

The Gourmand Fragrance:  Scents comprising intense, often sweet foodie notes such as vanilla, melon, candy and liquorice, tempt and delight the senses.  Not least because of the inextricable link between the sense of taste and smell; who doesn’t love the smell of freshly baked cinnamon muffins or freshly brewed coffee?  And what amazing childhood memories are harboured in the enveloping whiff of candy floss at the fair, or the wide eyed excitement at your first taste of Turkish Delight?

40 years ago, perfumers may have laughed at the notion of lifting notes from the local bakery.  But food that tastes good smells good, right? (with the possible exception of the notorious ‘Durian’ – a tropical fruit that tastes great but smells awful: a veritable perfumer’s nightmare).  And not only do such culinary inspired scents evoke happy memories and uplift the spirit, they may work on a deeper, subconscious level.

In a famous study in 1994, Hirsch investigated the relationship between male arousal and various female floral fragrances and perfumes.  His control reference was the scent of baked cinnamon buns – the perfect scent against which to test the alluring power of the traditional French Parfumerie, surely.

It so transpired that the most effective male sexual stimulus  was the scent of the humble cinnamon bun.  A further study by Hirsch confirmed his findings that Gourmand inspired smells were sexier to men than the standard women’s perfumes, with a pumpkin pie-lavender concoction being by far the most, ahem, effective… followed by black liquorice doughnut mixture, and leaving the old faithful fragrances trailing at the bottom of the results table.  If only Freud were alive today…

So: has any perfumer actually tackled the infamously repulsive smell of the apparently delicious Durian fruit? (described by one internet commenter as smelling ‘sort of like a combination of rotten meat, sour milk, old gym shoes and maybe a touch of dog do’).  Well.. not to my knowledge, and certainly not successfully enough to be stocked in your local department store.   However, one perfume house has attempted to convert that which smells repulsive into a marketable fragrance. The  niche and rather notorious Parisian fragrance house Etat Libre D’Orange has dabbled in this area with the release of ‘Charogne‘, literally translated as ‘corpse’.  Perhaps the heady scent of roadkill on a summer’s evening is not the most obvious choice of inspiration for a fragrance; however I’m pleased (or perhaps a little disappointed) to report that it does not quite live up to its namesake, with notes of vanilla, cardamom, lily and leather adding up to an earthy and sensual fragrance, with an almost animalistic quality.

Ultimately, it has been proven repeatedly that gourmand fragrances have a lot going for them: if your head tells you it’s weird, listen to your heart.  And if your heart agrees with your head, then listen to your loins.  And  if you do find yourself getting strangely aroused whilst queuing at your local Cinnabon… don’t worry, the evidence shows that you are not alone. 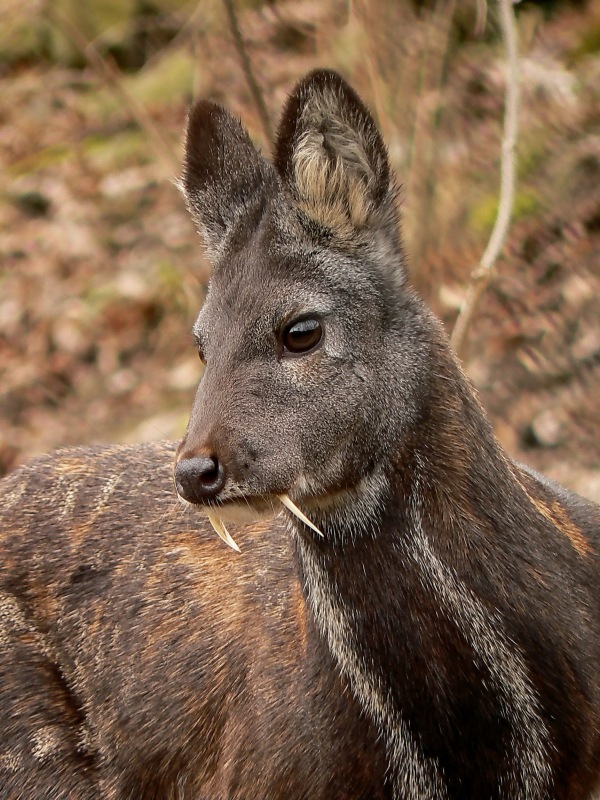 What is your first childhood memory?  I think mine was playing in a sandpit as a toddler before my older brother inadvertently threw a shovel full of sand in my eye.  But my second was the smell of my mum’s pashmina scarf as she picked me up from  nursery and carried me to the car.  She used to wear “White Musk Essential Oil” from the Body Shop, and its smell was always comforting.  Little did I know then that the word ‘musk’ originates from the Sanskrit word for ‘testicle’, and that white musk is a lab-produced copy of a deer’s prepuce gland. It was almost as disturbing to a young mind as finding out that sausages were made from pigs. (perhaps my 3rd childhood memory?…).

Perfumery is an art, and artists need to find their inspiration from somewhere: what better place to start than your own memory?  Giorgio Armani wears a fragrance from his own exclusive ‘Armani Prive’ collection: Armani Bois D’Encens (literally translated as ‘Wood Incense’).  Reflecting on his inspiration for the fragrance, he writes

“I was looking for the smell of incense from my childhood, when I went to church with my grandmother. It had depth and warmth which also reminded me of the black stone of Pantelleria.”

<Pantelleria being an island in the Strait of Sicily where he now has a rather lovely holiday home… oh how nice that sounds!>

I have visions of Mr Armani liberally spraying his impeccably perfect suit with Bois D’Encens, with closed eyes and a contented smile as he takes a deep breath that takes him back to his childhood in a sun-drenched Italy.  Unfortunately, not all memories linked to smells are so idyllic.  A few months back, I got talking to a sales assistant at a fragrance counter about scents and related memories.  For him, he couldn’t stand the smell of lavender – it reminded him of his grandmother who used it to mask the smell of urine.  He now carries this painful scent burden forevermore.

Maybe then, such fragrances are more than just a memory – they are a memory of an emotion.  Love, comfort, lust, anger, disgust, but never indifference.  Funny how you always remember the argument, but not what you were arguing about, right?  Because your seething anger at the other party’s gross stupidity/incompetence/annoyingness set that particular memory in stone.  Anatomically, the direct link between your 40 million smell-detecting olfactory cells and limbic system (the part of the brain responsible for emotion and memory formation) is undisputed.  Visual, auditory and sensory impulses on the other hand have a rather more indirect method of reaching the limbic system, perhaps explaining why the emotional response we have to certain smells often feels stronger than to other stimuli such as sight or sound.  And maybe that’s why when we smell something memorable, we often feel it too.

Andy Warhol, perhaps the most famous contemporary artist of recent times, utilised the power of fragrance to help catalogue his memories:

“I switch perfumes all the time.  If I’ve been wearing one perfume for three months, I force myself to give it up, even if I still feel like wearing it, so whenever I smell it again it will always remind me of those three months. I never go back to wearing it again; it becomes part of my permanent smell collection…”

I think using scent as a trigger to recall memory is nothing short of genius.  “Where did we go on holiday in the Spring of ’95?  Hmm… that would be my 3 month flirtation with Donna Karen Cashmere Mist…  Ah yes! Camping in Austria.”  Perhaps a little tenuous, but I’m a romanticist so I’m sticking with it.

Childhood memories act as the inspiration for some of the most desirable fragrances that grace our shelves today, and fragrances have an uncanny ability to trigger memories and emotions from years, nay decades ago.  So tomorrow morning, when you restart the daily grind, take a shower and hurriedly spray on the usual Eau de Toilette – know that it may have more of an impression on someone than you may imagine!

Taylor R, 1836: Descriptive and Illustrated Catalogue of the Physiological Series of Comparative Anatomy Contained in the Museum of the Royal College of Surgeons in London: Connective and tegumentary systems and peculiarities, Volume 3, Part 2 (Google eBook). p276 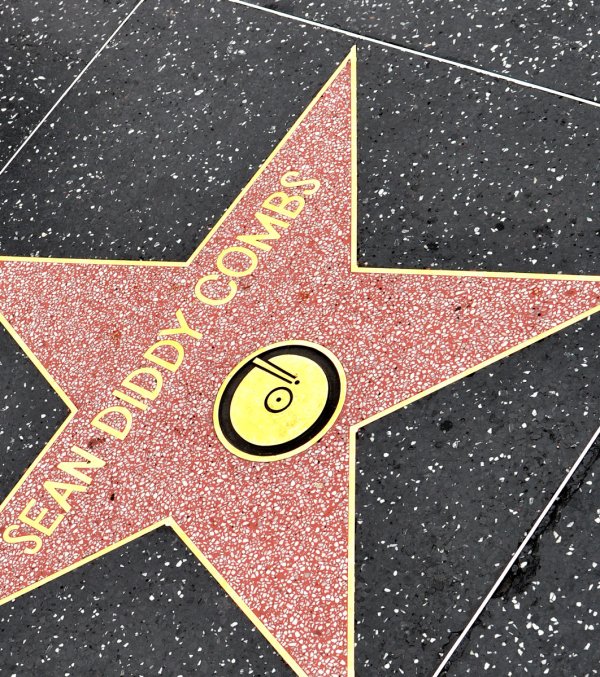 So you’re in the cinema, watching morosely on as your partner gawps awestruck at their favourite movie star, lost in a fantasy world of their idol’s (delete as appropriate) designer stubble / pert bosom / flawless complexion / smug grin.   You want a piece of what they’ve got, but let’s face it – going to the gym is just voluntary torture, and plastic surgery is… a little extreme.  No, the best approach in this case is the simplest, fastest and cheapest: if you can’t look like them, then perhaps you can smell like them!

Perhaps adopting the perfume of your preferred celebrity won’t confer all the benefits their lifestyle may bring.  But fragrance, as it always has done, offers an undeniable escape into a fantasy world of your making, even if only for a fleeting moment.   A spritz of Guerlain’s Shalimar with closed eyes will transport you to a timeless Far Eastern romance between a prince and his one true love (apparently it’s a favourite with Brooke Shields, Meryl Streep and Joan Collins too).  Or try a waft of Eau Sauvage by Dior, the classic citrus fragrance with woody undertones, and capture some of the raw masculinity of its biggest fan, Antonio Banderas.  Does smelling like Zorro mean you’ll end up with Catherine Zeta Jones?  We can only dream, fellas.

Now, Pierce Brosnan: traditional, Irish roots, undeniably a gentleman.  His signature scent?  Creed’s bestselling Green Irish Tweed, of course.  Fitting, if a little predictable.  A beguiling green and earthy scent that transports you to a country walk in Ireland.  You probably wouldn’t guess that it’s also a favourite of that other well known country gent… Ozzy Osborne.  Also less predictable is the fragrance choice of American Rapper Nicki Minaj, who’s over the top persona and in-yer-face fashion style prefers none other than Chloe by Chloe, the quintessential soft, pink, delicate floral.

Maybe we should approach this the other way round: let’s pretend you are a stalker and wish to attract the attention of a particular celebrity.  Did you know that Beyonce likes her man to wear ‘anything by Creed’? Sarah Jessica Parker loves the smell of Old Spice, and Victoria Beckham goes weak at the knees for Miller Harris Feuilles de Tabac.  So next time you’re passing through the departure lounge at LAX and you bump into your screen idol,  see if you can attract their attention with the incredibly useful information you’ve just learned.  If nothing else, it’s a good excuse to try on some new fragrances and feel like a star, if only just for a moment.

Below are a few choice selections of celebrities and their fragrance choices:

For a comprehensive list of celebs and their favoured fragrance, I’d suggest visiting celebrityfragranceguide.com – a pretty incredible guide compiled over a decade of research. It’s constantly updated, and strangely addictive.

All Women Stalk: 7 Amazing Perfumes That Celebrities Are Wearing These Days http://perfumes.allwomenstalk.com/amazing-perfumes-that-celebrities-are-wearing-these-days [accessed 21/01/14]

Good Enough To Eat: The Gourmand Fragrance Posted on 26 Feb 10:42

Scent, Memory and Emotion: If fragrances could write memoirs… Posted on 26 Feb 10:38

Celebs’ Favourite Scents, and How To Woo Beyonce Posted on 25 Feb 14:08